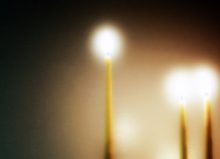 Incentive
The text in Proverbs 31: 10-31 is the song Eshet Chayil, a song to the Strong Woman of Valor of the home, which in Jewish tradition is sung at the celebration of Shabbat on Friday evening. It has inspired me endlessly. The mystical side of the song is the meaning of the text that Israel is the Bride of the Eternal and is seen as the Bride of the Eternal. In that case, this song was written for the nation of Israel, but it was also written for the individual woman, whether married or unmarried. The text is an incentive to want to grow spiritually, to grow into a strong woman, an eshet chayil in Hebrew.

What could the text mean for us?
Today we are all faced with serious issues over the Internet, television and newspapers and we are aware of what is happening on this globe. It’s breathtaking, impressive and often terrifying. It is a privilege today to have our faith in the Creator of heaven and earth, the G-d of Israel, Creator of man and all life on earth. It is special to be able to fill our hearts with eternal words of Adonai from the Bible and to be there in our prayers for our fellow human beings. After all, we are His children. He has put us on this earth for a purpose and wants us to care with mercy for those in need and seek our support and help. That way, we can carry the Eternal out into a world that appears to be on a hopeless path when we just delve into the current environmental crisis and now the pandemic.

Better translation than Good Housewife
Proverbs 31: 10-11 says, “A good housewife, who can find her? Her value far exceeds corals. The heart of her husband trusts in her, he will not lack profit.” The translation of good housewife if from the Hebrew: Eshet Chayil. The meaning of chayil is: wealth, effectiveness, powerful. The Hebrew word: chayal is soldier and this is connected with the word: chayil. In English the translation of ‘good housewife’ would be better translated as: woman of valor! That’s why we named our website womanofvalor! This text shows a woman who is precious and difficult to find. In any case, it appears to be a woman who knows what she wants and has assurance of faith that the Lord is with her. It doesn’t matter whether she is married or single. Her step is firm and when she is married her husband has noticed her faith and faith has benefited him so much that he has come to trust her heart.

The calling of Rahab
In the text of Proverbs the woman has a husband, so she is not a single. But in the prophetic light in which the Eternal is the Bridegroom of the Bride (Israel), she can also be single and her steadfastness in faith ensures that she is trusted by the leaders of the people. For example: Rahab, who showed her steadfastness in faith and proved to be trustworthy. She brought an advantage to Israel by her actions. Rahab was not of Israel, she was a Canaanite, but later she joined Israel. How can we be and become strong women in our lives? How can we find confidence in the Lord and how can He use us for His Kingdom? First we can join Israel like Rachab did: she proclaimed the Name of the G’d of Israel as her G’d.

Precious spiritual treasures
Spiritual growth is of the essence and Adonai gives us the opportunity to store up precious treasures in heaven when we realize in faith that life is eternal, precious and infinite. A strong woman is aware of her calling and the precious spiritual treasures from which she can draw. She has a vision of life, in which her body, soul and spirit are involved. She feeds on the words of the Lord and that keeps her in balance. The judgments she makes in her thinking about life today are formed by her with her mind and her knowledge of Torah and the knowledge of the commandments of the entire Bible including the New Testament. (Hebrew: Berit Chadashah) It also means that we must work to process the emotional damage that we all incur in this life on earth so that the emotional burden we bear does not cloud our sound judgments and could cause us wrong and could do wrong that would further harm ourselves and others.

With an open mind
The light of Hanukkah makes us realize that the Lord gave a miracle to his People after a terrible war of evil against good, darkness against light. The people of God were threatened with extermination, but they trusted in the Eternal, while many perished horribly in battle. However, perishing in battle is never the end of this life because life is infinite and God is our Savior. That’s what the Maccabees believed when they took up the sword against the gruesome dictator Anthiochus. May it be that we too receive so much faith that we live with an open mind at this time and will formulate good judgments and not get carried away with all kinds of teachings from people who keep us from righteous deeds and that we enjoy this Hanukkah will experience His Grace, despite corona and other serious matters. May it be that we are thankful for the eternal Light that only Adonai can shine in our hearts and He will give us wisdom to make His Name known in this world and Messiah Yeshua, known as Savior for all men and may His light shine through us for all people. Hanukkah sameach!