Feast of Weeks: delivered in order to become dependent 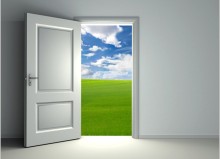 Heavenly present
In a short, intensivce course of 50 days Israel got prepared in order to receive a heavenly present. Those 50 days started with the exodus from Egypt. A literally killing life of slavery and the ten great kicks (plagues) with which the Lord delivered Israel made a heavy impression, both on us and on Egypt. They let us go with all kinds of pleasure. And we recievd money and costly gifts as well. After 50 days we were encamped around Mount Sinai where the Lord would give us His heavenly present. The day on which this would happen was going to be called Feast of Weeks from then on, after the 50 days – seven weeks plus one day – in  which we travelled and waited.

Deliverance in order to become dependant
Shavuot is the Hebrew name for Feast of Weeks, also called Pentecost. Israel is encamped at the foot of Mount Sinai under the burning hot sun of the desert, where it can freeze at night. We experienced deliverance and miracles. Now we learned to trust the Lord and to respect and obey Him. Physically and spiritually prepared for receiving an incredible costly present, which literally comes from Heaven: Torah.

G-d came to us
There on Mount Sinai Moshe (Moses) receives this Torah, out of the hands of the G-d of Israel who to earth for the occasion. Then in a form which prohibited Moshe to look in His face. Before in the human shape of the one who spoke with Adam and Eve. And later – now 2000 years ago – in the body of the suffering Messiah Yeshua who will return later in order to bring peace.

Yeshua: Redeemer of Israel and those who love Him
The reason of Yeshua’s coming was to confirm Torah and the Prophets of Israel in a time period, like when we were in Egypt 3500 years ago, in which a foreign nation subdued us cruelly. Yeshua came to confirm the content of Feast of Weeks, which is to be obedient to Torah.

Comfort and peace
Yeshua came in order to comfort us and to teach us to live in this hostile world. Until a redeemer would come again who would redeem Israel forever and provide peace. Yeshua did also what had been prophesied by our prophets: dying for the iniquities and sins of His people. Example of a Bible text: Isaiah 53:5-10 (about 770 years before Yeshua came to earth), But He was wounded for our transgressions; He was bruised for our iniquities. The chastisement of our peace was upon Him, and with His stripes we are healed. … He was cut off out of the land of the living; for the transgression of My people was He stricken. … It pleased the LORD to bruise Him; He hath put Him to grief. After He made Himself an offering for sin, He shall see His seed, He shall prolong His days. And the plan of the LORD [Torah] shall prosper through His hand.

Feast of Weeks and women
The significance of Shavuot for women is that the feast celebrates the giving of Torah which at the time brought and still brings proportion, protection and perspective in our lives. For these rules are not oppressive, but rather supporting.

Perspective and hope
Without Torah women are often the object of indifference and even oppression, when man made regulations rule. With Torah and Yeshua’s woman-friendly halacha (interpretation and application) situations, relationships and chains of command will be regulated by keeping all this in proportion, by protecting women when necessary and by showing perspective and hope. It is our challenge to show that we live by Torah and that Yeshua is the King of our lives.