Winks from the Eternal

Posted on 22 September 2022 by Elze Erwteman 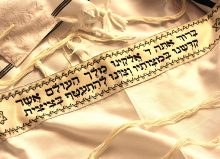 In this time of increasing chaos and fear, it is an encouragement for those who put their trust in the Lord to realize that He is enthroned forever and cares for His children and Land. A wink from heaven seems to be the next fact. Neville Teller writes about this in the Jerusalem Report of July 25, 2022. The article shows the historical findings of gas deposits off the coast of Israel over the past twenty years. In 2004, the Tamar natural gas field was discovered off the coast of Ashdod, which in 2013 started to supply Israel with its own gas. Then in 2010, the gas field that is found in the coastal waters of Israel was given the name Leviathan. Israel will not suffer economic consequences from the energy crisis! Blessing from above.

A different wink I found in another Jerusalem Report article of August 8, 2022. Written by Rabbi Ron Kronish, his question in this article is: Is American Jewry in danger of disappearing? This has everything to do with the assimilation of Jewish people and the disappearance of Jewish identity. A bleak picture is painted in most articles. Two rabbis of the Reform Movement in America with large synagogues in New York: Rabbi Josh Stanton of the East End Temple and Rabbi Benjamin Spratt of Rodeph Shalom Synagogue on the Upper West Side of Manhattan, have examined and addressed this situation in the U.S.A.

They have come to conclusions that will be of interest to anyone interested in Jewish identity in the U.S. and elsewhere in the western world. I think this also has a positive message for us. They have written their findings in the book: Awakenings: American Jewish Transformations in Identity, Leadership and Belonging. Publisher: Behrman House, 2022. In contrast to the negative things that are happening regarding Judaism, these writers argue that it is precisely in the 21st century that American Jews have more power and wealth than in the past three hundred years.

They play a role in politics, industry, law, and other sciences as well as a role in music, art, comedy, etc. Far from being the underdog, they play a major role in America. Furthermore, every year thousands of people join traditional Judaism by conversion, according to the writers. These rabbis also note that there are hundreds of thousands who choose a Jewish lifestyle without formal conversion.People who are going to keep Torah at hundreds of thousands.

I see this as a wink, because this includes the congregations such as Beth Yeshua in Amsterdam and the other congregations worldwide. Besides in the U.S. now the whole earth is filled with people who recognize not only Messiah Yeshua, but also Torah. This means that Judaism is by no means disappearing, but is filling the earth in a new way! Let’s take heart and take this New Year 5783 as a positive opportunity to let our light shine further because nothing can separate us from the love of the Messiah and Torah.