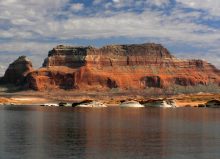 According to Jewish tradition, there are several levels of insight into the story of Hanukkah. There is the first level, of religious freedom and the people as a unity with the Torah as a law book. Never in the history of Israel had the oppression, attack and devastation been so bad. Not among the Assyrians or among the Babylonians. King Antiochus IV of the Seleucids, plundered and defiled the Temple in Jerusalem in the year 168 B.C. It was his specialty to plunder temples.

Polybius, a Greek historian writes in his 40-volume writings: “History of the world”, that Antiochus has plundered most of the Temples of the world. However, the treasures of the Temple in Jerusalem were not enough for Antiochus to have. He also sent Apollinius with an army to Jerusalem. This man set fire to the city after he had first plundered everything.

He killed many people and captured women and children. Antiochus hoped that he could destroy the faith of Israel. He sent letters throughout the country in which he made new laws mandatory. So Zeus had to be worshiped. The statue of Zeus was put in the Temple. The keeping of the Torah included the death penalty: Shabbat, circumcision, food laws, celebrating of Biblical Feasts, etc.

And the fourth level is the miracle that takes place with the oil and candlestick. All these four levels have taken place with Hanukkah and we can learn from this that it is only the Eternal together with the brave people who have given the victory so that we can now celebrate this festival and learn from it and be encouraged.

Doing volunteer work in Israel of possible. In this way we make Hanukkah a lifestyle for ourselves and the people who are part of our lives. By keeping Torah we proclaim to the people around us that G-d lives and that His book is important.