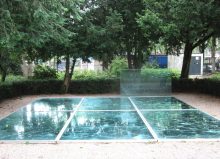 The book of Esther is read around the world during the celebration of Purim in the synagogues. Often, there is also a Purim spiel carried out by members of the communities in which the battle is depicted that took place in Persia at that time. Often there will be an almost poetic comedy. In our time, the underlying tone is still as relevant today as in the Bible book of Esther. Haman represents the ever-present anti-Semitism that even in our day is alive.

The spirit of the Jew-hate shows itself in many faces through the centuries, again and again. In our day we see recurring harassment and deadly attacks by stabbing on the streets of Jerusalem, Tel Aviv and all of Israel. The pogroms through the ages with the gruesome highlight of the Holocaust, has a face full of hatred against the Jewish people. But never before has Israel’s security been as sharp as today anywhere in the world, which cannot always be said of many other countries in the world today where there is persecution, death and destruction.

This passed January 29th was National Holocaust Memorial Day. In Amsterdam I attended this Remembrance event that happened in the Wertheimpark. It was an impressive look back on the unthinkable act, during World War II. Remembering this awful time is very important. It should never be forgotten.

My thoughts were on that day back to the old Bible story, which is about Mordecai and Esther and Haman, the archenemy. I was wondering, are there today enough people alike as Mordechai and Esther who are awake and see what is happening in this troubled world?

Yes! There are right now among the Jews and other people many who watch and are awake. We see that Haman is holding office while the time rages on and the news reduces to Twitter. Many of us are doing fine: there is prosperity and enough of everything in this part of the world. Mordecai is still at the gate to hear what the real news is about. Esther still listens to Mordecai. If it becomes clear that the monster resurfaces, it is taking action again, which leads to change and salvation? Yes! Again, you can say, Israel’s Security is more alert than ever.

But are we as ordinary citizens waking up in time to the Haman of our time behind the masks of Human Rights Organizations or de United Nations? The wind stirs once again slowly, until a harsh east wind. Are we able to resist Haman as was done in Biblical times? The Haman spirit is still exactly the same, but the circumstances are different. The biblical Purim ended in a smashing victory for the Jewish people. So it was not always, hence the Holocaust commemorations worldwide. Now we are so brave in this time that we dare sticking our neck out to name the injustice, if we look away.

Mordecai told Esther, “do not think you’re going to come out alive from it, you will not be saved.”  However, if you do not tackle it, you also will go down along with your people ‘! What an exciting example for us now in this time. Mordecai trusted the Lord. He understood that Haman was alive and full of century old hate against his people. He intervened and G-d gave the victory. You too can make a real difference.

I listened to the touching stories of one of the grandchildren of a Holocaust survivor, sincere and full of life. The monument is made of broken mirrors by Jan Wolkers the mirrors. The pale sun reflected in the broken mirrors gave many aspects of the light and of our lives. We live in a broken world, far away from Gan Eden, but Purim shows that fate is turning. That gives hope and vision for the future, despite the gravity of the past. Life is stronger, but requires courage and calls us to stand up for justice. One thing is certain, G-d will never allow His people to be destroyed in this way, He will once and for all defeat the enemies.

Their place will no longer be found on this earth. Let us in good spirits occupy our posts, observant and courageous. Never to bow down to Haman in whatever form. G-d will join us, the security services in Israel are on edge and are alert, all the people of Israel watch out. Purim is a celebration of hope and victory. Every victim of this anti-Semite will be avenged. He has already lost, but does not yet know.