Watch out for this conspiracy theory regarding Covid-19! 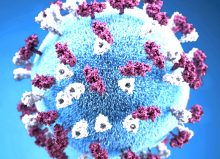 Danger for Jews
Brian Schrauger writes in his article “Covid-19 and the Jews: Today’s Black Plague” in “The Jerusalem Report” of April 20 about the emergence of theories of the cause of the corona virus and the world’s crisis today. In a March 21 television interview, Prime Minister Benjamin Netanyahu. “We are probably in the worst crisis since the Middle Ages. All the medical services in the world seem to be collapsing because of the incredible amount of patients.” He also said, “While science and the government are doing all they can, Netanyahu emphasized an even greater danger of the Jews being blamed for this crisis. Netanyahu: “We must pray to the God of the world that this plague will stop.” He was referring to antisemitism.

A lesson from history to learn
This statement by Netanyahu has to do with the lesson from the history of the plague of the pest. Brian Schrauger writes about this. In October 1347, a ship full of rats and vermin entered the port of Sicily. The pest was packed with millions of the bacteria: Yersinia Pestis. The cargo was unloaded on the quay and with it the vermin. The plague started in Sicily with a small ulcer the size of a lentil, then spitting blood and after three days of vomiting they died. A third of the people died on the island and a tsunami about Europe started from this terrible infection. The causes of this terrible plague were feverishly sought, and because Christian theology was so anti-Semitic because of the teaching that the Jews had been cursed for killing Jesus, there was enough breeding ground for a detestable theory. This came through the vicar of the church in Narbonne named Andre Benezei.

The Jews being blamed for the Pest plague
He claimed that the plague was the result of:1. The position of the planets and 2. The Jews were the cause of this terrible disease. This doctrine was rooted in the detestable doctrines of the Church towards the Jews and had already begun in the year 49 A.D. by the sayings of the Roman Emperor Claudius. All of the Jews were then exiled from Rome by this teaching. This meant that the Messiah professing believers from the nations who remained in Rome were given the task of fighting this false teaching. Paul writes in his letter to the followers of the Way, as these early believers in Yeshua were called Messiah, who lived in Rome, in Romans 11: “I ask then, did God not cast off his people? Not at all! After all, I myself am an Israelite, of the descendants of Abraham, of the tribe of Benjamin.”Paul further said to the believers: do not be arrogant!

False teaching in the Church never disappeared
We know that this false, bad doctrine has never disappeared from the church and that individual believers have seen it and acted well, but the church itself has never revoked it with all the disastrous consequences for the Jewish communities in Europe over the past 2,000 years. Because of this, Jews have been killed, tortured, burned: entire communities wiped out!Brian Schrauger warns that there may be an explanation of the development of the Covid-19 virus that, like the plague, could lead to enormous persecution of the Jews in the fourteenth century, and Netanyahu fears this. In A.D. 49, Paul warned his followers to act against this terrible doctrine based on what he wrote in Romans 11. Israel recently celebrated Yom HaAtzmaut! Independence Day! Israel is 72 years old! Israel: Evidence of Adonai’s Love for His People! Am Yisrael Chai!