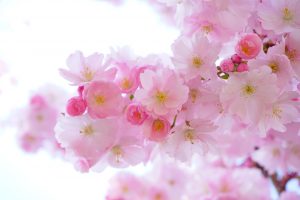 Ukraine has been attacked by Russia with tragic consequences for the people who live there. How terrible is war and destruction of homes, schools, hospitals, etc. Innocent people being killed. A population that yearns for freedom and does not want a dictator as leader, but a democracy with participation. Soon we will celebrate Passover and then we will remember the liberation from slavery, liberation from the yoke of the dictator Pharaoh.

Freedom that the Eternal has given us by leading us out with a mighty arm of strength and deliverance and we became free and no longer had to toil like slaves under difficult circumstances. There was no union where you could ask for advice and the would give you legal aid or where you could report injustice. Israel was enslaved and had to build cities under oppression and if you didn’t exactly do what was asked of you, you got corporal punishment.

The Exodus is celebrated during the Passover Seider which we will celebrate in the evening on April 15th all over the world. During the Seider we experience again oppression, domination of Pharaoh and his power. We remember the sorrow it brought through the bitter herbs and the salt water that reminds us of our tears because of this horrible situation. We remember and feel as if we were in this predicament for a moment and then the liberation that the Lord gave us comes and we experience it as an enormous privilege.

As a result, we also sympathize with the people of Ukraine at this time and realize that so many have now fled the violence by leaving behind everything. Israel always sympathizes with peoples in need, including Ukraine at this time. Israel has suffered so much in its existence and knows better than any other nation how important freedom is for a person and what suffering means. Because Israel is the only democracy in the Middle East it deserves respect and support from the peoples that know what freedom means.

Einstein said, “Without an atmosphere of intellectual freedom and tolerance, none of us can imagine a life worth living.” What meaningful words from this genius Jewish man. We must stand behind a people who crave freedom because this desire comes from heaven into our souls and makes its way as Israel learned once and went to freedom at the Exodus with the help of Adonai. If you hear His Voice today, harden not your heart. Chag Pesach sameach!