False teachings in connection with Israel 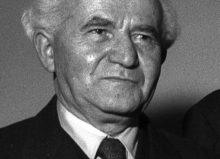 Igbo tribe and Jewish tribes
In the search of some people for their past, they can come across the most surprising discoveries. I recently heard that someone had found out, that he is a descendant of the African Igbo tribe and that this allegedly is  originally a lost tribe of Israel. I’m always happy for someone with such a find. On the other hand this kind of DNA search is doubtful and scientists let us know that there I no connection with the tribal system of Israel.

Antisemitism and Ashkenazi Jews
Another existing theory is that Ashkenazi Jews are not originally Jews. This is a nasty image that goes with the stories about the Chronicles of the Sages of Zion, an anti-Semitic document and the fairy tale about Jews slaughtering Christian children to process their blood in matzes (Passover bread). All repulsive and shocking.

Self pronounced connoisseurs
Something of this situation seems to correspond to the text of an article from the “Jerusalem Report” of January 6, 2020 by Tibor Krausz. He discusses the book “The Lion’s Den” by Susie Linfield. He writes, among other things, that there is an intellectual deception going on in the world where respectable scholars such as Noam Chomsky, a famous professor of linguistics and other scholars present themselves as connoisseurs of the Palestinian conflict. They are therefore seen as “truth experts” and also believed so.

Misleading the young generation
Israel is seen by these self-proclaimed social commentators as an extremely sadistic and ugly community of criminality and racism. In this way, Chomsky and other left-wing intellectuals mislead the young generation who often know nothing about the Middle East and the problems that are there.

Antisemitism and Kazars
Furthermore, Krausz writes that in anti-Jewish circles there are also popular teachings from people like those of Koestler, who claim that Eastern European Jews are not descended from ancient Israel but are descendants of the Kazars, a pagan tribe of Turkish-Mongolian descent. A number of these Kazars allegedly became Jewish in the eighth century and set up a Kingdom between the Black Sea and the Caspian Sea. They disappeared in the 10th century.

Ben Gurion and Herzl
This doctrine is routinely used by Jewish haters to deprive Eastern European Jews of their right to Israel. Koestler used his teachings to encourage Ashkenazi Jews to assimilate in their host countries. These kinds of teachings are deliberately used to discredit the State of Israel, as many of the State’s founders such as Ben Gurion, Herzl, and many others were Ashkenazi Jews. It was their heart that was drawn to Zion and led to the foundation of the modern State of Israel. We are grateful for them and see in it the prophetic miracle of G-d.