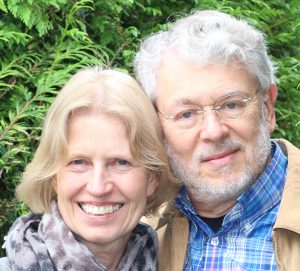 In this time of pandemic life is tough for the people of the world. Families, the elderly, singles, refugees, people who have corona and are seriously ill, the people in care, in short, all of humanity suffers from this. In addition, we know that the governments of Europe are failing in their policy towards refugees and it is a worrying thought for us, who have warmth, food and a roof over our heads, that our governments in Europe are doing too little about this terrible situation.

It is special that we have people in our governments who we can point out that change is necesary and we are obliged to do things differently. That is called participation and democracy. We must be careful with this, partly in view of the fact that many countries in the world do not have a democracy. The world’s population has never been greater in numbers. And the problems with the environment have never been so serious.

But we must get out of this crisis through cooperation and not by waging war and threats. These times call on us to work together to make the world a safer place for everyone. That is a Jewish command from the Torah. In Proverbs 31:25 we see that the woman, whom we may regard as the people of G-d, wears a garment that radiates power and beauty, and that she, the woman, smiles towards the coming day.

The Lord shows that his people are clothed with power and beauty, in Hebrew: עוז (oz, also: might, strength, strength, personal, social or political) and הדר (hadar, also: adornment, splendor, adornment, majesty, honor, glory, beauty, ornament, but also excellence, glory). Meaningful properties! At the end of the verse it is said that this woman, and the people of G-d, are smiling towards the coming day, commonly translated. In Hebrew it says: יום אחרון (yom acharon) which literally means: the end times. The strong woman of Proverbs 31 is not afraid of the end times!