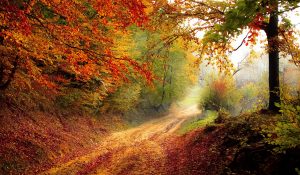 Register here for our free newsletter! now read in 28 countries

This is a most unusual time when we are approaching the High Holidays: Rosh HaShanah, Yom Kippur and Sukkot with rules to prevent contamination with the coronavirus. All countries in the world are affected by the virus. Despite this crisis, it is a privilege to know that we are safe in the hands with our Creator, the G’d of Israel. Messiah Yeshua was sent to this world to give His life for Israel so that all who join Him and Israel shall live forever. A mystery for man as the Lord invented it this way. As you study the Hebrew text in the book of Genesis, in Hebrew: Bereshith, you will find the word “twins” in chapters 25 and 38.

The word is written slightly differently in both texts. Rabbi Rashi (Rabbi Shlomo Yitschaki) comments on these texts. He says that the word “twins” in the text about Rivka’s pregnancy in Genesis 25:24 is written as תומים and the word “twins” in Tamar’s pregnancy is written in Genesis 38:27, תאומים. The aleph is missing from Rivka’s twins. Rashi gives an interesting explanation for this: he states that from Rivka’s womb come two children, one of whom, Esau, is evil and Jakov a tzaddik, a righteous one. According to Rashi, Tamar’s twins: Peretz and Zerach are both righteous. They will follow the Lord and do His Torah.

That is why an aleph is written in the case of the twins of Tamar. In Hebrew, the word with the aleph is seen as full: מלא. The word twin without aleph is seen as: short. In Hebrew: חסר. In the coming time of introspection and celebration, I wish that we will all become “full”. A symbol for this is the round challah, the round loaves, which are traditionally baked during the High Holidays; see the recipe. Finally, a prayer for each other that we may become full of the goodness of the Lord in spite of or perhaps because of this time of difficulties related to the virus and that we will be a testimony for the people around us and the world as it is today.