Suffering of Christians in Muslim countries 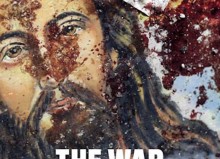 Suffering of Christians in Muslim countries should not be overlooked

Published in: Elsevier, weekly magazine in the Netherlands.

Millions of Christians in islamic countries are the target of discrimination , oppression and violence . Why does the West take the tragic fate of Christians in the Muslim world not seriously, despite many alarming publications?

The phenomenon of ‘christophobia’ is rapidly expanding. While Islam is growing and gets a stronger foothold in Europe all the time, are the last groups of Christians in the Middle East and other parts of the Islamic world chased or killed. (Only in Israel there is freedom for Christians like no other place in the Middle East, red. womanofvalor)

The persecution of Christians, underexposed in the Western media, is ranging from obstruction of worship and liturgy to intimidation, social exclusion, physical and psychological violence, attacks, mutilation, abduction, rape, burning alive, forced conversion and murdering by hanging.

According to U.S. research firm Pew Research Centre (2011) world’s 6.9 billion people consists of about one-third of Christians. One hundred million of them live under difficult circumstances. 90 percent of them live in the Islamic world. And for this group life is becoming more difficult all the time.

Please act if you can for this tragic and horrible situation. See website: https://www.persecution.com