New ethics for the world: vision from Israel 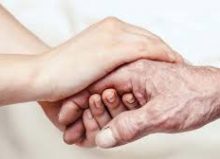 Mirror
Haviva Pedaya is a professor at Ben-Gurion University in the Negev where she heads the Elyachar Center for Sephardic Studies. Her interview with the Jerusalem Report of June 8, 2020 is interesting because she sheds light on the corona crisis from her knowledge as a scientist. It plays an important role in Israel today. Haviva views the corona crisis as a sign of the end times. She received many prizes for her work as a poet and in her book: Motzeh Hanefesh (the Origin of the soul) Haviva writes: “The condition of the animals is a mirror of the condition of humanity.” This is part of our thinking about the corona crisis and the things we should change.

Incredible time
Professor Haviva Pedaya is showing us a mirror of our capitalist system, as she puts it, with greed dominating our actions. This now creates the condition that globally affects all peoples with the pandemic and asks for an answer to respond and to ensure that the disease will not cause many more victims because people die of poverty and hunger on a global scale. She speaks of a new ethic that the world needs to cope with this serious situation. The world was totally unprepared for this great crisis. Suddenly, public spaces had to be cleared from normal business to minimize the number of victims of this pandemic. When a single virus doesn’t care about anyone or any superpower, the new ethics will have to be based on rules that can fulfill our needs in this incredible time that the whole world is in now.

Disaster Capitalism
In doing so, no leader of a country should let his own personal preferences and needs take precedence over the collective emergency of his country and its people. Economically, no company or business should be allowed to take advantage of this state of emergency of a country and people, such as the price of face masks, food, etc. Canadian author and social activist Naomi Klein calls this “disaster capitalism.” Aviva comes from a family of Kabbalists from Baghdad. Her great-grandfather was Rabbi Yehuda Fatiyah and her grandfather Shaul Fatiyah were famous Kabbalists. Haviva studied Kabbalah and Jewish Philosophy at the Hebrew University in Jerusalem. She has a PhD in Philosophy and is an important voice in today’s Israel.

Panic
The way Haviva speaks and acts raises the question of whether Haviva points her finger at the responsibility of Western culture. Her answer to this question is that the West likes to point the finger at the migration of peoples that has arisen after power struggles and wars for which the West is responsible. In addition, the West has idolized the information revolution and artificial intelligence, while the geopolitical and ecological disasters have destroyed millions of homes and lives. She says that the West has closed its ears to the sirens that went off everywhere because of the socio-economic borders and the combination of climate changes, and now a sword has been stabbed in the belly of the West, causing panic in the capitals.

Relationship between master and slave
The West is now struggling with its own problems and in this way can neglect the emergency in many areas of the world. Our nature of a mindset of colonization is very evident here in which we are looking for an offender, who is to blame for this crisis, says Haviva Pedaya. Regarding her term apocalypse in connection with the corona crisis, she states that it is not the apocalypse of the Bible that has the meaning of the end of the world you see coming in connection with the climate crisis. According to Haviva, the corona crisis is a threat in this postmodern world that is invading from the four directions of heaven but also from the depths of the subconscious of humanity. It stems from the poisoning of a capitalism embedded in our modern style of life, which is in fact unable to change the relationship between master and slave.

Care of the afflicted
Today, in our modern greedy times, 40.3 million men, women and children from every corner of the earth are victims of modern slavery. They make cheap products for us that we buy online. In addition, women and girls are most often used for exploitation. About 16 million people, 84 percent of whom were women, had to marry against their will and then perform slave labor. Haviva argues that this is the most reckless stage of current capitalism and the most difficult thing to do about it. This time calls for change and it should start with all believers in Messiah Yeshua. Proverbs 14:21 “Blessed is he who takes care of the afflicted.”