Child marriage a scourge for girls 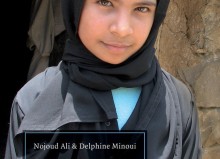 NEW YORK (TrustLaw) – Child marriage, which steals the innocence of millions of girls worldwide and often condemns them to lives of poverty, ignorance and poor health, is one of the biggest obstacles to development, rights groups say.

A girl under the age of 18 is married every three seconds—that’s 10 million each year—often without her consent and sometimes to a much older man, according to the children’s charity Plan UK. Most of those marriages take place in Africa, the Middle East or South Asia.

“This is one of the biggest development issues of our time and we’re committed to raising the voices of millions of girls married against their will,” Plan UK head Marie Staunton said in her introduction to “Breaking Vows,” a recent global report on child marriage.

Young children have babies—your life is ruined, your education is ruined,” said Kanta Devi, who was 16 when she married in Badakakahera village in India’s Rajasthan state.

The U.N. Convention on the Rights of the Child considers marriage before the age of 18 a human rights violation.

But according to the International Center for Research on Women (ICRW), there are more than 50 million child brides worldwide, a number that is expected to grow to 100 million over the next decade.

Bilhan’s organization is currently hosting nearly 500 women from 58 countries during a conference in Istanbul—part of the International Federation of University Women, (IFUW) which advocates gender equality, human rights, and secondary education for women and girls.

Bilhan said it fitting this forum is taking place in a country whose women’s rights situation she described as “terrible.”

One of the primary obstacles to women’s rights in Turkey, she said, are forced marriages, especially of girls.

“The rules of the family, they are terrible in some parts of Turkey,” she said. “A woman cannot choose her husband. There are many forced marriages.”

More than 3.6 million girls under 18 are currently married in Turkey, according to data from the United Nations Population Fund.

Most marriages underage are arranged by the families of the bride and groom. The minimum age for civil marriage in Turkey is 17 but in some instances 16-year-olds are wed after getting a special court exemption.

However, religious marriages of even younger girls continue in parts of Turkey such as southern and eastern Anatolia where forced marriages, domestic violence, and denial of reproductive rights often play a role in suicides of women and girls there, according to the UN.

Despite significant reforms within the last 20 years in women’s rights in Turkey that have increased the number of girls enrolled in school, and extended health services to more women, Bilhan is hopeful her organization, and others, will pressure government officials to better enforce the laws protecting the rights of women here.

Turkey ranked near the bottom of the latest World Economic Forum’s Gender Gap Index, but did better than two of its neighbors: Iran and Syria.