In the Shelter of the Lord 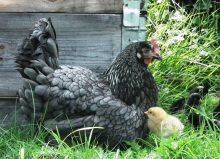 Again the enemy points the arrows at the people of the Lord. Iran is on the ground in Syria, close to the border of the land of Israel. Again jihadists crawl through self-dug tunnels under the border towards Israel. Again and again cowardly “fighters” go for their G’d through the streets of Jerusalem, to stab innocent people. Or a “hero”, for a place in his heaven, seizes the ultimate moment of “courage” by entering a house and killing as many people and children as possible.

How is it possible that the Jewish people throughout the centuries were able to focus on the Shelter of the Eternal. Our rabbi Lion Erwteman, chose this theme as the title for the Shofar HaMashiach conference day on December 10 of 2017. He wrote; “Not only in times of war and having to go into hiding, but also in periods of peace and joy. Whoever lives, chooses and reacts from His Shelter will always experience His protection. Discovering your life’s journey with the Lord is being carried in His arms, that is precious and special.”

There are always victims and there are deaths. What remains in the soul of His people is knowing the Shelter of the Most High. David has been in danger of death many times, then he called on the Lord in great distress. If you read the Psalms of his hand, you will see how he shares his experiences with us in admiration for his Savior.

He really did experience the cover of the Eternal One and sang his song full of devotion. “Whoever lives in the Shelter of the Most High and stays during the night in the shadow of the most High, says to Adonai, my refuge, my fortress, my G-d. I trust in Thee”, Psalm 91. What a testimony of this king and hero. No wonder that the Jewish soul carries this inheritance. David was a living proof of the care and protection of the Lord and that is for everyone who relies on Him and wants to serve Him.

The Lord, the Creator of heaven and earth, lives and shelters His people. Never will He leave or forget His people. David rejoices again and again about the faithfulness of His Savior. “Adonai my G-d, with You I hide, or: G-d is a safe shelter for us”. Which people have such a great poet in the genes. A man from the practice of life. Anyone other than himself, besides Yeshua, has experienced such a great salvation as did King David.

Therefore, Ezekiel writes in chapter 34 about David with a sparkling word play about his collaboration with the Eternal One, also in the future. David not only experienced the Shelter, where heaven unites with the earth as one, he also knew how to take shelter, was able to surrender and was trusting. What a legacy of this Jewish king, for his people. He dared to share his heart and soul with us. This made him vulnerable. In this way we can learn to hide in his footsteps with the Lord. In all times, so safe and familiar is the Lord, our Shelter. Emet.