In the mikvah before Shabbat

Posted on 05 September 2013 by Elze Erwteman 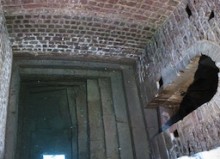 This week as many as 20 people were baptized in our congregation.The youngest was a ten year old girl, the oldest a retired man. In Jewish / biblical tradition, they independently immersed themselves in a mikvah , as it was in New Testament times, according to Acts 22:16 “And now why are you waiting? Arise, be baptized, and wash away your sins, calling on His name.”  In fact the Greek word used here is: βαπτισαι baptize you! (Imperative reciprocal, the imperative aorist medium). And, the people to be baptized gave in advance the reason why they were going to be baptized later to be rising from the water and being cleansed from their sins and being made righteous.

My thoughts went back to my own baptism, exactly 30 years ago. What an impressive and joyful experience that was! At the time I really was looking forward to this and enjoyed it, a step of faith, an act of the will, a new path with unprecedented growth opportunities, washing away of sins and the beginning of eternal life through the sacrifice of Yeshua (Romans 6:4 and 1 John. 1:7 b ).

No, I was not in a mikvah, when my immersion took place in a rented pool and I was fine. According to Jewish tradition, which at the time I did not know, a ritual immersion takes place in living water, that is water from a source, stream , river or sea . If you do not live near such water, we can use a mikvah by adding rainwater to it to make it living water. There must be a feed and waste, so that the water can actually flow in and out. It should not be permanently stationary pond or tank.

According to the Torah cleaning happens from contamination by ritual immersion in water ( Lev. 12 and 15 ) . Yeshua also applies that rule, as appears just before his last seidermeal, John 13:10 ” Yeshua said to him, who has bathed needs only to wash his feet, because he is completely clean ‘

The word mikvah we find in the Bible in Genesis 1:10 (HSV) “And God called the dry land Earth , and the gathering together of the waters He called seas ‘

I Kings 7:23 we read how King Solomon makes a laver for the temple, with a capacity of 2000 or bath or Efa ( 1 bath or Efa is: 24 or 43 liters ) and he also mentions sea הַיָּם. Since the officiating priests purified themselves. Jewish women have cleansing rituals and they may go to a mikvah. (Orthodox) Jewish women, for example, go to a mikvah on the day for their wedding or close to that day. Also they go after their menstrual period or after childbirth.

The latter did Miriam (Mary) before they brought along with Josef small Yeshua to the temple . Luke 2:22 “And when the days of her purification according to the law of Moses were ended, they brought him to Jerusalem to present Him to the Lord ” There Simeon and Anna recognized Him as the promised Messiah.

A ritual cleansing by water baptism I find a beautiful symbol, a memorable starting point. But after my baptism I have been back many times in offense and have failed in charity and obedience. And so I started a derived mikwe ritual, perform short before Shabbat and Yom Tov. As the disciples had bathed and were declared clean, or as believers went in one of the many mikwes before entering the temple complex so they would stand pure before their God so I would also like to be clean before God. In the afternoon before Shabbat is my own bathroom a ” mikveh”.  While my body is externally clean I pour water over my body by use of a washing cup and pray that a simultaneous inner cleansing takes place and that I be clean from the events of the week. I confess to Him what was wrong and ask for forgiveness, so I start Shabbat with a clean slate.

Very remarkable is that often immediately it comes to my mind where it went wrong that week, things which I have committed, with words and / or deeds. The Holy Spirit brings it to light. I can say that I experience a clean conscience and a moment later am in the happy mood to light the candles and pray for blessing, knowing that Adonai loves to forgive and blesses his children when they come to Him with sincerity. Of course you can confess daily and ask forgiveness without a ritual, but it helps me to experience a cleansing just before Shabbat that I love and cherish, because God asks us to live clean and holy. So I also experience the ten awesome days beginning on Rosh Hashanah and ending on Yom Kippur.  Ten days of the “annual intensive cleaning”, days of profound reflection, stocktaking, repentance and returning to the source of living water.

Using these rituals each week I try to start afresh, putting down the old and trusting the love, forgiveness and guidance of the Lord. This way I grow a little bit all the time; a beautiful beginning of the seventh day, the day which I see as type of the  Messianic Kingdom. This way I can say from the bottom of my heart, Shabbat sjalom!