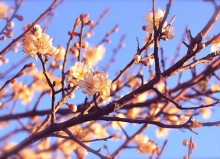 Dinah grew up in the family of Jacob. The text of Genesis 34:1-4 says that she was the daughter of Leah. Leah was a full-status woman born free, not in slavery. Dinah’s position is called daughter of Jacob and sister of her brothers. Dinah has a protected place within her family.

Verse 1 says that Dina went out to visit the daughters of the city of Shechem.

During these times there is a patriarchal culture: a girl needs permission from her father to be allowed to go out. Also going out always needed a purpose: herding the flock, fetch water, etc. If there was no particular purpose for a girl to go out it could cause a dangerous situation. The girl leaves the protection of her family. In going out without a purpose a girl can be seen as a gadabout, which is not a good, positiv thing. The word has even a connection to prostitution.

Because Dina goes to another nation: the Shechemieten, a people of Canaan, the danger is even greater. Dina goes without the consent of her father and she is even crossing borders into a foreign territory. Because of this action Dinah comes in a great danger. Not only Dinah, but also Jacob and his family are coming in danger.

We know from history that Dinah is seduced by Prince Shechem. This man loves Dinah and his sincerity is not questioned. That she would be raped is not clear from the text. The Hebrew word: Ana, means dishonor and degrade and generally has nothing to do with sex, but rather with the status of a nation or people, and this status is affected and possibly degraded.

In the biblical text the honor and status of Jacob and his family are more important than Dina. This way of thinking is important in the Bible.

We know what happened and that there is a whole city in Canaan eradicated. We also know that Jacob till his deathbed has deplored this and Jacob cursed   the violent side of Simeon and Levi.

It is interesting for us to know that the patron saint of unacceptable behavior, crossing boarders behavior is the female idol Ishtar / Inanna is. Again a connection with the Hebrew word: ana.

We know that there is even a link to the English word Easter and German word: Ostern and the name of this goddess and the name of the Christian Easter in these languages. What we can conclude from this is not clear to me.

Going out from under a safe, protective authority brings even today women and girls the possiblity of damage. It is good for us to realize that women and girls in our time have a lot of freedom in the Western world compared to all times before. That means for us women a much greater responsibility.

As believers in Messiah Yeshua and part of the people of the God of Israel, it is good to grow and mature. Let us be aware of these dangers and harm we can cause bij crossing boundaries in relationships we are not to cross. Or behavior we are not to develop and that is not part of a godly lifestyle. Freedom for women is very recent and depends where we are born. Being born in a western country is different from being born in a country like Iran. By misusing our freedom we can degrade ourselves and others and our congregations. Becoming  an Eshet chayil is our calling and will take effort and faith. The Lord loves us very much.