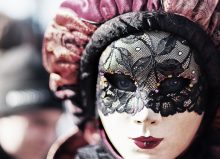 The Dutch theologian Abraham Kuyper describes Esther as a girl and according to his interpretation she should not have taken part in the beauty contest which meant that she could become the Queen of the Persian Empire. He believes that Esther because of this, has violated the seventh commandment: Thou shall not commit adultery. He also believes that Queen Vashti should not have to step down as Queen because according to Kuyper her transgression was not a good reason fort a divorce. In this reasoning of Kuyper is a good point, but in those days things were different. We read in the book of Esther that King Ahasveros demands that his wife should obey him.

In the text (Esther 1: 18-22) we read that because of the behavior of Vashti this disobedience could well become a habit for other women in the country and therefore a letter to the State was sent with the text that “every man master had his own house and had to speak with authority. According to Jewish law, there is indeed a reason for giving the King the right to divorce Vashti, but Abraham Kuyper sees this differently. The Jewish Rabbi Shlomo Aviner writes about the miracle that by Ester the people were saved from destruction. That is why women read the Megillat Esther during the Celebration of Purim. The rabbi writes that women continue to be fully exempted from prayers offered at certain times due to the fact that they must be able to serve in their family at all times.

Also lighting the Chanukah lights can be done by women because, according to this rabbi it was a woman, Judit, that brought victory during Hanukkah. During the Exodus it also were the women that saved the People of Israel. They kept the men alive by bringing them food, they kept on bearing children, and so were able to save the people from destruction. Therefore, women also participate in the Passover according to the rabbi. The salvation that we celebrate during Purim happened because of Esther and Mordechai. According to the Gemara (Commentary on the Torah), the proportion of Esther is even more important than the role of the righteous women in the Exodus because Ester is alone in this terrible situation and she accomplished the salvation of the people.

Another Biblical story where one woman brings about salvation of Israel is done by the act of Jael the only woman who killed Sisera and thus saved the People. In all these situations was the position in which Israel found itself extremely serious. In the case of the situation of the people in Persia it were Esther and Mordecai, who rose to resist this situation and told the people what to do. The fate of the entire Jewish people was at stake. Esther was the only one who could do anything at that moment in this terrible threatening situation. She succeeded here because she infiltrated the government of Persia by marrying the King. She developed a cunning plan to bring down the fall of the evil plan that Haman made.

The plan of Esther seems an intelligent and thought-out plan, but in fact it was a miracle of the Lord, because on Purim fate totally reversed for the benefit and salvation of Israel. In the Talmud Chazal says: Ester remained perfectly still (Esther Rabbah 6:12) Esther did not engage in intrigues and she did not organize conspiracy. She retired in an intense silence. Chazal: Why is she called Esther? Because she kept her secret words in silence (Megilla13a).

Ester said nothing about her birthplace or her people. She did not gossip. Esther revealed only things at the right time. This was her way of doing things and she was extremely modest. Ester is a descendant of the tribe of Benjamin and a line of people who have very good control over the use of their tongue. It is in stark contrast to the immorality that took place in the court where Esther lived, according to Rabbi Aviner. Esther remained pure in this environment and this also was a miracle! We celebrate Purim thanks to Esther and Mordechai! Chag Sameach! Happy Purim!