Right away she stood up straight and praised G-d 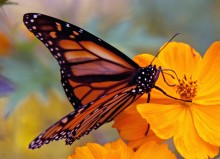 The lost position of a woman and her recovery

One shabbat Yeshua was teaching in a Jewish meeting place. A woman was there who had been crippled by an evil spirit for eighteen years. That spirit made her sick; she was completely bent over and couldn’t possibly straighten up. When Yeshua saw her, he called her over and said to her: ‘you are well now’. And He placed His hands over her.  And right away she stood up straight and praised G-d (see Luke 13:10-12).

One of the first things Yeshua did when he was among us, he healed a woman who could not stand upright at all. She could not function in a normal way as G-d had intended her. She was trapped in tires and was powerless to change it. Yeshua says about her that she was a woman who had been bound for eighteen years (by the opponent, the old serpent). She was weak of health, but ‘strong’ enough to be on Sabbath in the synagogue. She was close to G-d and His people. Right on that spot Yeshua saw her in the crowd and He called her: ‘woman!’ He took the initiative to call exactly this woman. Even before she called Him, He called her and healed her.

He spoke words of healing and restoration to her. ‘Woman’, he said, ‘I will save you from your inability to function as G-d intended you’. Yeshua set her free from her vulnerability, her weakness, her suffering and her pain. Lovingly He laid His hands on her, and she focused immediately.

In that one moment, that what was crooked, was put right. It is remarkable that she did not call unto him, but He called her. It seems that with this act, Yeshua wanted to put right a great injustice. As if this anonymous woman symbolizes the oppression of women, set in after Gan Eden. The act of eating the forbidden fruit, made that Adam and Eve had to leave the garden. G-d asked Eve: ‘Why did you do that Eve?’ She said: ‘the serpent deceived me and then I ate’. She spoke the truth, she was deceived. G-d spoke His anger against the snake for what he had done: ‘I will put enmity between you and the woman, and between your offspring and hers!’

Remarkably Yeshua healed a woman so publicly. A woman who had been bound by Satan, in a way that she was made powerless. He restored her in her being.

There is much more to tell about this text in Genesis, but I will limit myself to the fact that Yeshua restored, as it were, this what she  had lost back in Gan Eden. She could go upright, she was fully woman, again. She again had a right to speak, she received rehabilitation and much more.

And how did the leader of the synagogue react? Was he happy for her, did he bless her? This rejected woman, who was bound for so many years?

No! He the became furious and was outraged not least about the fact that it was shabbat. Impossible in the eyes of this pious servant of G-d (Luke 13:14).

Here it becomes visible that not only she is bound by that deceiver, Satan, but also men need liberation!

To fight at the side of the Lord, we need women as the Bible describes them often. Grieving women, like Ester and  Hannah f.e., who cry out to G-d to have this lost position being restored. Even in our time. Neither men nor women have reached their destiny. You really CANNOT go without the other. Only part of our lives will flourish. We are caught up in a false self-image. Yet Yeshua says to the unnamed woman: ‘Woman! I release you from your inability to function’. And she stood right up!

Unfortunately, one sees that women AND men have made their hearts often harder not to feel this pain. And thus often maintaining inequality unnoticed. We are fighting on the side of the Lord, let us strongly call upon Him, in order to make this fight for liberation become a victory. As Yeshua has shown us with this story. It requires deep understanding, self-examination and a real change of both our hearts. But if we go that way in His strength, then we will be more than conquerors!