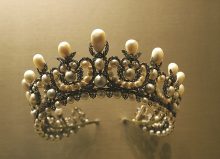 The Purim story seems so clear. The evil people are caught and tried, the good people are restored, end good all good. Is this just a fairy tale? No, quite not so! The question is: do we recognize the spirit of Purim in this present time? The Purim story has a reality that we have to understand. Mordechai and Esther did not give in to the great evil happening in their time. They did not stand idly by, but were able to unmask Haman, the anti-Semite and they saw that his fate was sealed.

In the second world war it was no different, the Haman spirit was rampant. Many looked the other way or manipulated the situation for their own benefit. Tricks and clean appearances were frequently used, not to have to see what happened. The Nazi war criminals that were sentenced to death in the Nurnberg Trial knew that Purim had caught up with them. On the day of their execution it was Purim. They knew it very well. How double it can be!

Mordechai saw it clearly: Esther was not able to save her own life. She had to save her People in order to be saved herself. Mordechai said to Esther: do you think that you can save your own life? “No! she would have been guilty of the death of her own people, and she herself would have died as a Jewish woman, queen or not. Haman was a person without compassion. As a person he was doubleminded and looking for the downfall of the righteous people. In order to understand this we need healthy logic which is often hard to find. Keeping each other at the expense of reality is the order of the day.

A person is flowing through a form of communication to save their own appearance. One would rather be double, for in that case you can go through the door with everyone. That was what Esther thought at first. Mordechai looked further and because of him Esther acted wisely and the people were saved. Wisdom and logic make man a human being. Double standards cause one’s captivity into the wrong camp, if you do not move the beacons in time. Haman is in each of us. You either expose Haman in yourself and in the other person before it is too late and then there are victims. In the history of Esther they intervened. In the second world war people looked away too often.

Often we do not open our mouth when there is double talk. This can take place in the group, or in the family, even between friends. It goes wrong at a certain day and then there often is already damage being done in the relationship atmosphere. What do we have to gain from cherishing Haman duplicity in ourselves. Think of the war criminals of the Second World War, they ‘knew’ it, but thought they could win until the last minute. We have a conscience, if you listen carefully, you know how to act without duplicity. Our relationships will deepen, they go a dimension further.

If you dare to be clear and open in your thinking and are able to use words that testify to the changing world in changing reality for the better, you are on the right side. Something of the Messianic age will become visible on this earth. Purity does not tolerate duplicity, you serve the Haman spirit and that costs lives, but in the end also yours! Haman thrives on duplicity! You go under! History will continue to repeat itself, even in our daily lives if we do not, just like Mordechai, see the extent of this action and we give Haman the space in our speaking and silencing. However, the G’d of Israel laughs, because He has given victory to His People by saving them and using Esther and Mordechai. He also wants to use you. Happy Purim!